ACQUA FOUNDATION, A CHARITY DEDICATED TO SAVING WATER, IS PARTNER OF DUDONG FILMS FOR THE MUSEUM VERSION OF “THAT WHICH TO COME JUST A PROMISE”, NEW WORK BY THE ART COLLECTIVE FLATFORM.

“THAT WHICH TO COME IS JUST IN PROMISE” WILL BE PRESENTED WORLDWIDE IN CANNES ON MAY 23TH, 2019, OFFICIAL SELECTION OF QUINZAINE DES REALISATEURS, PRODUCED BY DUGONG FILMS (IT) WITH RAI CINEMA, SERIOUSFILM (NL), BLUESKIN FILMS (NZ), WITH THE SUPPORT OF: MIBAC, MINISTRY OF THE ENVIRONMENT, NETHERLANDS FILM FUND. THE MUSEUM VERSION OF THE WORK WILL BE PRESENTED IN COLLABORATION WITH ACQUA FOUNDATION IN AUTUMN.

ACQUA FOUNDATION works to finance strategic international projects on water management and to raise a common institutional awareness for a new, effective, strong Global Water Governance. The aim of ACQUA FOUNDATION is to protect and preserve the most valuable resource that we have: WATER.

ACQUA FOUNDATION biggest challenge is to work to improve water access to all, water sanitization, and ocean preservation on an institutional and technological level and Art is the most powerful tool to spread the organization message and influence public opinion in a strong and effective way.

ACQUA FOUNDATION programme focus on education, stimulating, through art, the participation of young people in political and social issues and introducing – at the same time – to the public contemporary ART: a new way for an innovative and sustainable urban development. ACQUA FOUNDATION wants to develop a good network in order to be able to support strategic projects (international scale) about “Water” and its resources.

Art is one of the most strong contemporary expression of communication. For this reason, after the official presentation at Cannes 2019 of “The which to like is just a promise”, a film by Flatform, in autumn ACQUA FOUNDATION with DUDONG FILMS, they will present the museum version in collaboration with RAI Cinema, Seriousfilm, Blue Skin Films in an international institution.

According with ACQUA FOUNDATION mission, focus not only on water but also on climate-exchange results, Flatform’s film is and intense portrait of Funafuti (Tuvalu’s island), a polynesian archipelago which is the smallest state in the world after Città del Vaticano.

“THAT WHICH TO COME IS JUST IN PROMISE”

In a long sequence through Funafuti island, the state of drought and flooding alternate fluidly, and without interruption. The places and the actions of their inhabitants, in the constant and smooth movement from one state to another, set-aside the two recurring situations of the island: the waiting and the suspension. Since some years, Funafuti is the scene of a unique phenomenon: due to the unnatural overheating of the sea, salt water rises from the ground, flows through the pores of the land and floods it, putting the future of life at risk on the island.

Land and water are the protagonists of this work, at least as much as the people and the things that suffer their changes. This film is told from a human point of view. Land and water are both treated as walkable grounds, with the difference that if land has among its vocations that of being ground, water does not. Land has the consistency to be walkable ground, water does not. Usually the human body is supported on ground, while it sinks in water. In this film there is no difference between being above and being inside. Usually, gestures, actions and movements are different in these two distinct dimensions. Not here.

The film is a poetic translation of the transition of a territory, of a way of life and of a culture, from one state of affairs to another and talks about forced change, about something that seems natural and inevitable but that, instead, is caused by artificial and avoidable acts.

For years, one of the common threads that has guided Flatform research is the production of a state of apparent impossibility, or the exposure, within a unity of time and place, of realities that are possible only in times and places that are distant from each other. In this regard, it seemed that what is happening and will happen in Tuvalu is perfect to further reflect on the poetic aspect triggered by large and small changes, whether personal, climatic, meteorological or cultural. Not only also to create a project that, without having any didacticism or ambitions to be a naturalistic documentary, pays attention in a poetic way to the drama that each state of exception generates.

Flatform are interested in challenges, meaning the manner and place where to create our own impossibilities and produce, at the same time, a “possible.”

In Tuvalu, for example, there are three different conditions that are the two extremes, droughts and cyclonic storms, and the time between them. The first moment is characterized by the severe dryness of the land and is generated by the increasing impact of a meteorological phenomenon that cools the sea surface temperature, known as La Niña. The second moment is characterized by flooding and is generated by the increasing influence of another weather event, called El Niño. The third moment is, instead, the moment of passage between the first two.

All the shots, the camera movements, the actions of the people filmed and the timing, have been repeated with absolute precision. In the editing and post-production phases, this material permitted a fluid, seamless transition from drought to flood, while the characters enact those actions and movements that are significantly reflective of the spirit of Tuvalu.

This constitutes the uniqueness of this film.

With this film ACQUA FOUNDATION wants to spread: we have to valuate the climate-exchange and we have to do something because we live in a planet that is in trasformation day by day… 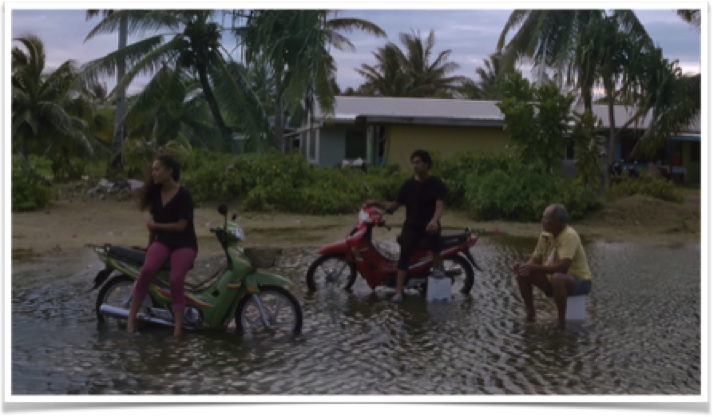 Flatform is a collective born in 2006 and based between Milan and Berlin. Flatform films have been presented at numerous film festivals such as IFFR in Rotterdam, Venice International Film Festival, IFFT in Toronto, Kurzfilmtage in Oberhausen, LOOP in Barcelona, Festival du Nouveau Cinema in Montreal, IFF in Melbourne, International Doc Film Festival in Jihlava, among others. Their works have been exhibited in many museums and institutions including the Hirshhorn Museum in Washington, the Wexner Center for the Arts in Colombo, the Pompidou Center in Paris, the Museum of Contemporary Art MSU in Zagreb, the MAXXI Museum in Rome, Haus der Kulturen der Welt in Berlin, Garage Museum of Contemporary Art in Moscow, Museu da Imagem and do Som in São Paulo. Selected awards: Nashville Intl Film Festival, 2016; Go Shorts in Nijmegen, 2016; Jihlava Intl Doc Film Festival, 2015; 25FPS Zagreb, 2009; Screen Festival Oslo, 2008. 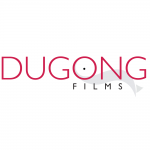